So back when I was at the beach… I had started a running regiment because they say running on the sand is a better (and I guess by “better” I mean “harder”) workout for your legs. Well.
I had my app up and running to track my run, my earbuds in blasting Panic! At The Disco, and I started to run north up the beach. I had already been amazed at the water’s colouring– it’s normally not so glassy greenish-bluish. 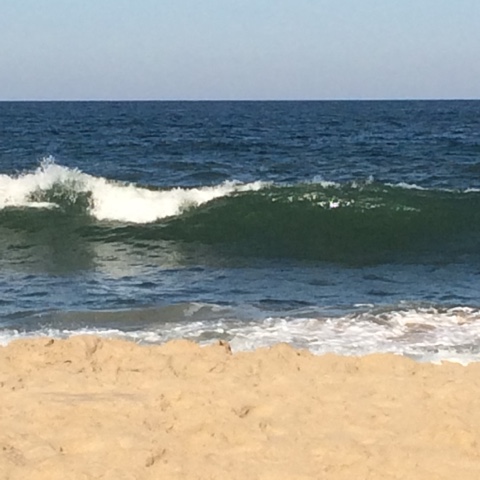 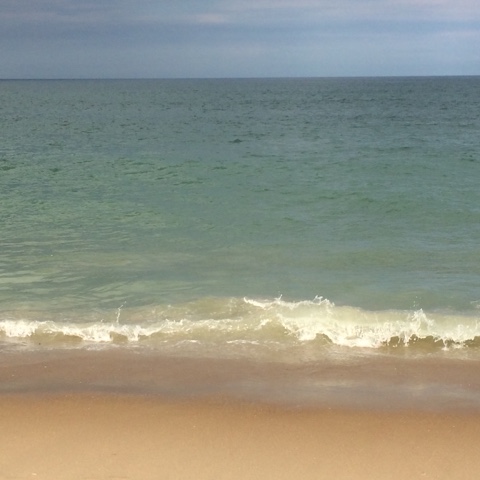 Not so “normal”
And I figured the reason for this difference was in the way the sunlight was hitting the water, or the fact that it was low tide or something. Either way, I couldn’t stop snagging pictures on my run. About a third of the way into my workout I noticed an ominous cloud. But it was so cool, so I took a picture of it. 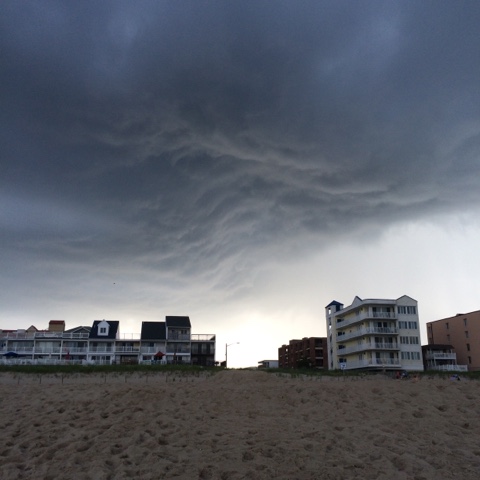 Those ominous curves just screamed “rain” but I didn’t really care because I was relishing all the vibrant colors around me.
All of a sudden it starts pouring, and I’m still running north, but finally I decide to turn back when I realize 1) my family has probably left the beach in the downpour 2) my clothes are completely soaked 3) I have no more dry space to shelter my phone.
Now these were giant drops– just coming down super hard… It felt really good cuz I’d been running , but I hadn’t really planned on being soaked just yet.
Sooooo I made my way quickly back to where I thought my family’s stuff was situated, and in doing so, racked up my mile count on my running app 😅
I reached a certain point and then running in the rain started to get miserable, so I stopped. Of course, the minute I’m a couple hundred feet away from where my family was, it stops raining. But I could only be so annoyed because I looked over the ocean and saw this: 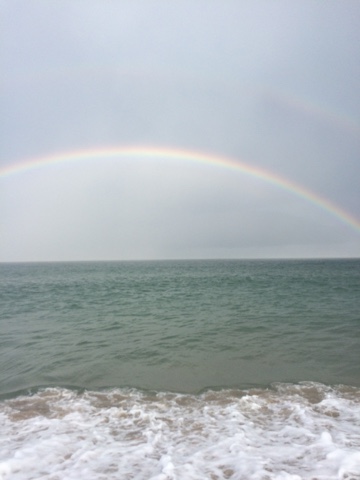 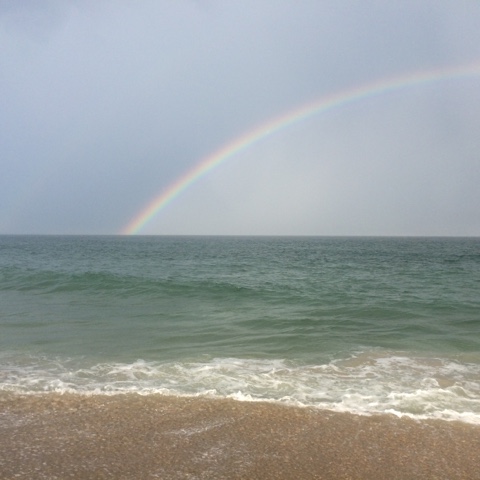 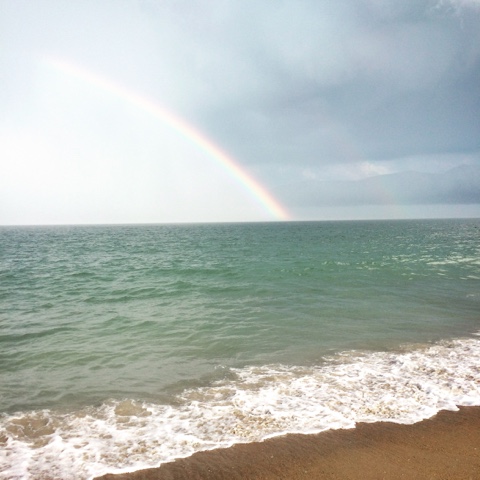 It’s faint, but you can kinda see the double rainbow.
All growing up in Sunday school and conversations with my parents, I’ve learned that according to the bible, a rainbow is a sign of God’s agreement not to flood the wold again. And though sometimes I have a hard time grasping onto this (*thinks of hurricanes ans taumnamis being unleashed on places with tons of people*), and I don’t know what you all believe, you have to admit there’s just something about the aura a rainbow gives off that just speaks to inner peace, hope and happiness.  So anytime you look at the sky and see one of these, no matter your faith, just think of it as the calm after (or even during! As it was for me when I saw it!) the storm, and that whatever you’re going through, it too, shall pass.
xoxo,
Stephanie