I completely missed March. Between the academic truckload that got dumped on me in March, my birthday, and all of Holy Week followed by the big culmination of celebration that was Easter, I was drained. And I was missing. Apologies.

read/reading // AHHHH tbh I haven’t had the time recently to pick up a book for pleasure! But I do have to read this one for class:

learning // to embrace disappointment, to make time for myself and myself alone, to choose my diligence.

-binge watching “Jane the Virgin” [technically, I finished the available episodes on Netflix today, but that’s only because my roommate got ahead of me and I couldn’t resist when she was watching it alone so I’m just gonna go back and fill myself in on the gaps later LOL]

-working. I get to take off one job for finals week– outside of that, 3 shifts left…. whoooooo

-translating things from languages to languages! [I’m perfecting a translation portfolio for a class and BOI that’s a lot of German….!

-PETTING GOLDEN RETRIEVER PUPPERS!!! Okay so there was this fundraiser for a fraternity and I took Josh cuz he used to have a Golden Retriever and it was the MOST PRECIOUS THING EVAR because this one girl dog got all cozy with him and it was just so dakfjdakshfdkahfdksajfldjf; I couldn’t even: 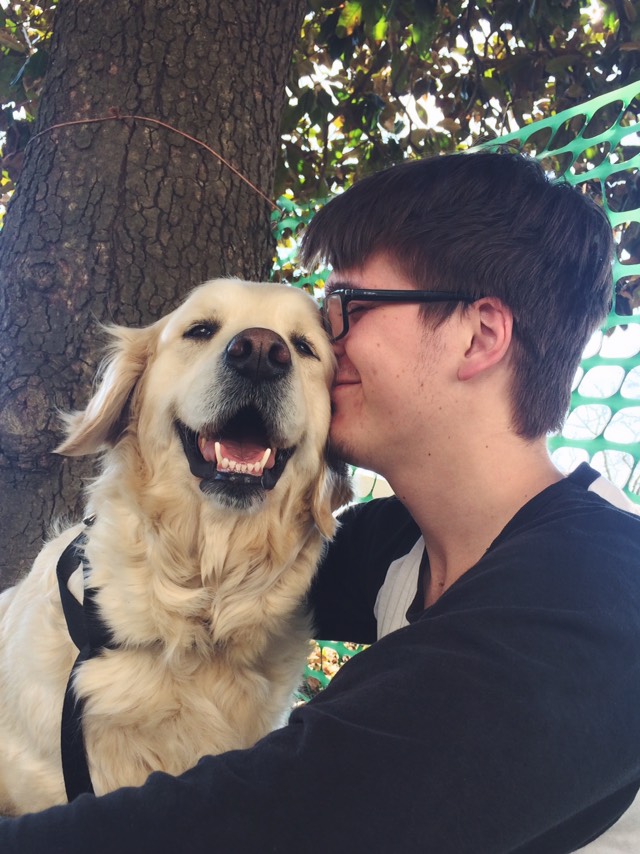 -SWIMMING! Yes, miraculous isn’t it? So Josh, Trevor and I have developed a weekly ritual of working out by swimming at the rec center at least twice a week. It’s honestly super refreshing, and I’m starting to notice differences in my physical performance.

eating // mac and cheese, cookies, yogurt, pasta, so much cereal, the occasional Chipotle. My diet has officially descended into madness *deep frown*

laughing // ahhhhhhh not gonna lie I haven’t done that much laughing thus far but I think it’s due to the stress and buckling down for finals….

thinking // about the most random things… like how I want to take yoga classes when I’m an employed adult, how I need to pack a lot more of my stuff up, the course load for next year, what I’m going to do with my summer,

trying // to stay positive. I’ve been feeling under the weather recently, I got “we regret to inform you” emails from Fulbright AND from the internship I applied for. Sigh. Ah, well– just shows that He’s got something bigger planned for me this summer, even if it’s just cruising around my home town, lugging elementary schoolers around and working at my PA job.

hoping // that I can pull everything together before the coming week.

loving // the retreat I went on with my campus ministry this past weekend, the weather that existed for like, two days [it was 78 degrees! And then the saddest part– it snowed this morning/afternoon ): ]

praying // for patience, understanding, focus, the motivation to sit my ass down and actually study for some of these exams, for healing, for presence in these moments.

Once this week ends, hell week starts, and it’ll go up in flames and then poof– the smoke will clear and I’ll be home.

And then I’ll cross that bridge.