We woke up early-ish today because we had to be out of our rental house by 10am. We had too much food in the fridge [and totally should have built in a leftover day into the kitchen-king schedule], but it ended up not being that big of an issue as people claimed/ate/left food.
We strategically crammed everything in the car and left the house, stopping for a moment by a mailbox to put some of my post cards [one to my grandmother and one to my Irish pen pal] in the mail. Then we hit the highway towards Sacremento, to drop J’s older brother off at the bus station so he could get to his train.
While we were in Sacramento, we did a bit of sight-seeing, stopping at a Dos Coyotes Cafe with a giant head right in front of it…

Mildly creepy, but there were some golden moments:

We then headed towards Old Town Sacramento, which was a gold mine of cute things. For instance:

Hopped back in the car and started back towards Santa Rosa but stopped by Davis, CA first for a bite. We stumbled across this cute Boheme wear-it-again store, where Jam and I got matching sunglasses [now I’ve got Cali bona fide UV protection], and we refueled at Burgers and Brew, a cute little mostly outdoor restaurant. 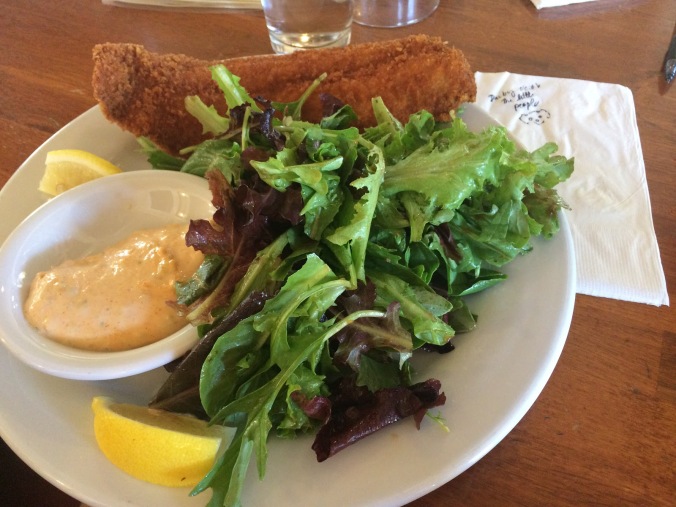 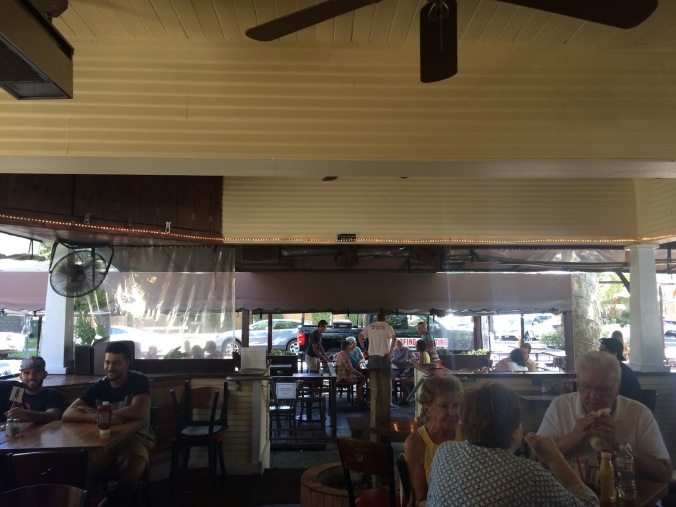 FUN FACT: the folks in the bottom right of this photo had a small dog [a 7 year old Pomeranian/Chihuahua mix!] wandering beneath them and it was so fluffy I had to pet it! His name was Darby [after Darby O’Gill and the Little People] and he was such a sweetheart. Definitely makes me miss my little puppers at home!
We also stumbled across this AMAZING spray-painted garage that reminded me of a Kandinsky painting.

We finally got to Santa Rosa where we’re crashing with J’s extended family again before we put in one more round of sight seeing before heading to SFO airport.
Until next time,
xx
steph
☀