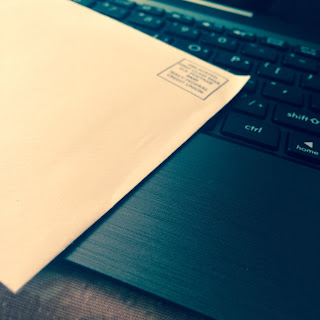 Last night, I was trapped in my dining room filing my federal taxes.

The site wasn’t cooperating, I was losing focus, my motivation was plummeting, and movement detected out of the corner of my eye told me there was a giant spider on the part where the wall meets the ceiling not far from where I was sitting.

Great.
I had to cancel plans with my best friend because I’m home, I’m supposed to do taxes while I’m here, even though I could probably have done them while I was away at school.
Perhaps the most valid excuse for only doing them now, while I’m home, is so that I have my father as a life line for doing them, and all my needed tax documents were at home.
Yes, my personal tax documents were here at home, but this time… I didn’t really get much help. I struggled through them on my own, for the most part. The lesson learned? Make sure line 9’s two little left boxes are BLANK lol  Take all tax history in digital form to school, opt for digital W2’s / take pictures of them before I leave, and do it all myself before my parents can complain.
The benefit of having gone through it alone? I now know, somewhat, how to do it.
Even though they got rejected by the IRS the first time, I now know what to expect and how to combat problems.
There was a point where, while I was trying to enter all of the information on a form, the site stopped working, my tablet computer was depleted of memory, and a message reporting the “maintenance” of the site popped up. I wanted to throw my tablet (or Lapplet, as my roomie likes to call it) against the wall.
But I had to realize…
-I’m lucky to be filing out the EZ forms right now (literally). Later in life, I’m going to (hopefully!) earn much more and therefore have more complicated forms to deal with. So every year, I’m going to have to sit down and figure shit out. Though, I do imagine my adult self having this cute crate of file folders that will hold all of my important documents so I’ll not be as scattered between locations as I have been this past few times.
-I’m lucky to be getting refunded by the IRS, and not owing anything.
-I’m lucky to even be getting tax forms because it means I have a job and income. Some are less fortunate.
I had to be thankful.
…Even as I got that rejection email.
So at this point, this has been a petty post about federal/state taxes brought to you by Yours Truly.
The takeaway?  Be thankful for your taxes, no matter how many tears of frustration you cry, and live these moments where part time jobs make your process so so  much EZier.
💚,
Steph