We woke up a bit later today (hallelujah), ate some pizza (margarita pizza for breakfast wasn’t that bad), showered, and packed up all of our stuff from the place we were staying in in Sarasota, and hit the road for an agonizing car ride to Kissimmee to “go hunting for armadillos”.  (And by hunting, I mean finding.)

We headed to a nature preserve owned by Disney, which featured a ton of trails through grass and palmettos (in the blistering heat), and walked along until we hit a river, which was slow moving and had a shallow entrance, where we saw many nubs of trees (evidence of being chewed down by some teeth-baring animal, likely beavers). We even found an official geocaching box by accident behind a log near the shallows. Rules found inside the box stated that in order to remove treasure from within, the finder had to leave something behind, and write the details of the finding as well as the treasure barter in a tiny log book also in the geocaching box. 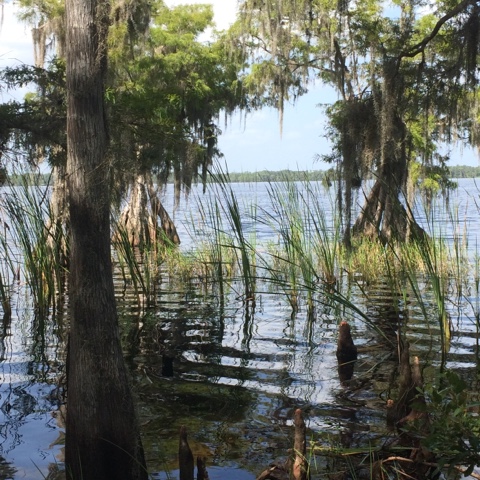 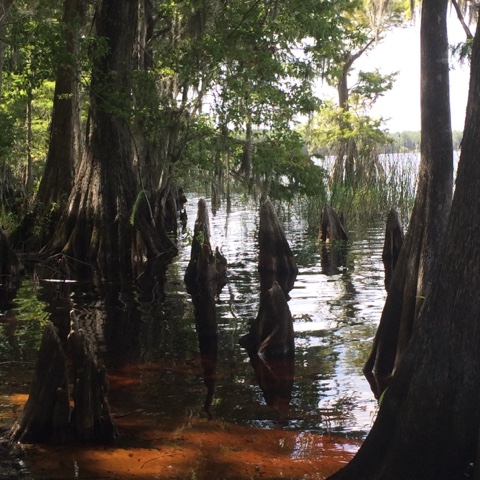 When we couldn’t take the heat any longer (slash when we ran out of water) we made the trek back to the car and continued driving until we hit our reserved  villa in Orlando. Located on Lake Buena Vista, it’s a cute, spacious place (with the oddest of couch pull out beds) that backs to a gorgeous view of a fountain and greenery.
We showered and got ready to rumble with the night life– we were scheduled to see the Blue Man Group perform in the pre-park (the glitzy shops and restaurants and shows before the actual theme park) of Universal Studios.
If you’ve never seen the Blue Man Group, I highly recommend it. I’d seen them on TV and I had debated upon whether to see them in NYC when I went with my choir (but I chose to see Phantom on Broadway over BMG because when you’re in NYC how can you not lol) because they’re such a fun group and you never know what to expect.
As their name suggests, they’re a group (3 guys, specifically) of guys completely blue, (save their black shirts and shoes) who, instead of speaking at any point in their show, mystify and delight with off the chart catching-marshmallows-in-mouth skills, painting with magic paint gumballs in their mouths on canvas skills, hilarious physical comedy, and an intriguing use of digital media and musical talents (PVC pipe organ!!!). It’s honestly just an all around great show to be at, for all ages. They’ve got the adult humor, but so much physical comedy that kids die laughing too. Honestly just check them out here: https://youtu.be/z84sXWGFMiA
They may look creepy but they’re so funny and challenge you to look at the mundane in a whole new hilarious way. 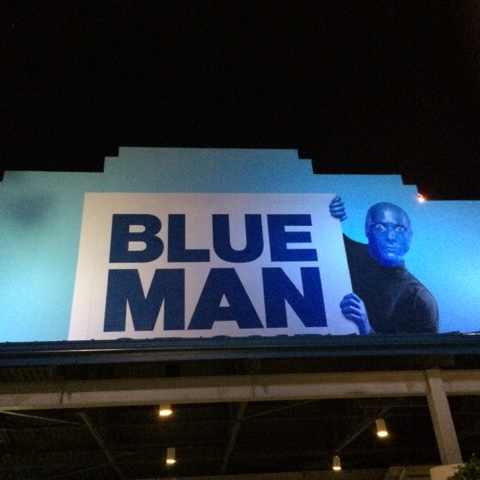 This was my first time to Universal in a long time, and it was cool seeing how big and glitzy it’s become. After BMG we set out to ease our hunger at an odd place called Cowfish– they had mixed sushi and burger cuisine– very funky and tasty. I had a CBCLT (a burger with cheddar, bacon, Cowfish sauce*, lettuce, and tomato), with a Grasshopper hand-spun shake (mint chocolate chip).

*cowfish sauce = ketchup, honey mustard, Wostershire sauce and some other like sauces all mixed together– it was deceptively tasty). 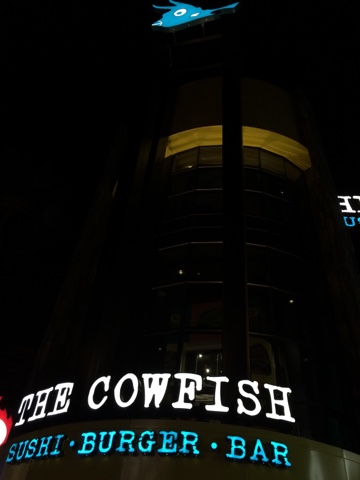 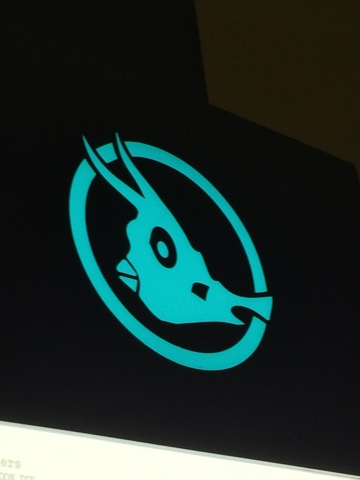 And now, in the cool of the AC of out secret villa hide out… I’m gonna pass out.
xx
Steph