🎶 “I’ll be there for youuuuuuuuuuuuu—“
Oh
Hey there–
Yeah..
Just..
Any mention of the plural of “friends” gets me going on that old show that is literally circle of friends goals. 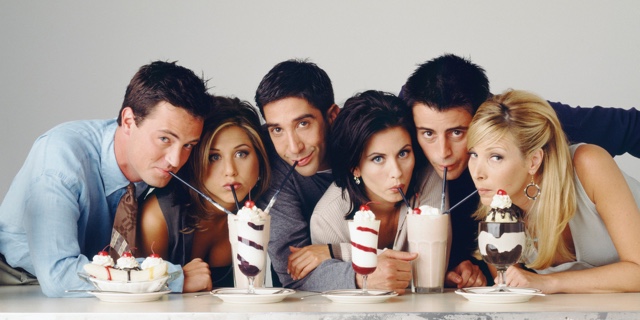 And having a circle of friends like that is probably the most amazing thing ever. It’s actually something I’ve coveted for the majority of my teen life.
Just yesterday I was talking to one of my good friends about friendship… About how at an early age I seemed to bounce around from friend group to friend group, and never really had a “best friend” until middle school. And since then, I’ve just come to the realization that friendships are sometimes the wildest, most unpredictable, most enjoyable, most subtly saddening things ever. I would say that I have 3 best friends, one of them being J, but I guess it’s a little different with someone you’re romantically involved in. But as for the other two, the past couple years has been a whirlwind of watching them grow and evolve, with and without boyfriends… And I’d be lying if I said I didn’t feel distant with them at one time or another… Or that I have felt 100% comfortable with their decisions on some things… But that’s what friendship is, right? Like Pokémon you evolve together and battle through hard times and question your trainers….
(Okay, maybe I stretched that Pokémon analogy a little far, but you know. ^_^)
But the point is that drifting is normal, all the change that comes with a typical friendship is normal, and the fact that you can still go and talk to them in times of need, or just plain small talk conversation, and just be so unapologetically yourself around them is so important.
There’s that thing they say, that the friends you end up having your senior year are the friends that you should have had all along… And I honestly can relate to that. There are a good handful of people I’ve gotten to know this past year who have just had such an impact on my life and mental health. And I’m so grateful for them.
That being said, I’ve also had a handful of friends that I have just had to let go of… Whether it be because we’ve taken different paths… Or I’ve realized an inevitable toxic vibe… It simply grown apart. It’s a crucial (albeit sad) part of friendship, but I’d say it’s really crucial in discovering who you are and what you want to see in future friends you may acquire later on.
They don’t tell you early on that sometimes it’s good to lose friends. The whole “bffs forever” trend in tweens is sometimes unrealistic (but kudos to those relationships that do work out). In my opinion, sometimes losing friends is just as important as gaining them. And the principle “quality > quantity” is so very applicable. My entire early growing up I just wanted (and so very much subconsciously needed) that one single friend to bond with. And I’d say now that I’m a lot closer to having that.
But it’s also hard, leaving for college later this summer… I’ll be thrust into a new atmosphere of people and my search will, essentially, start all over again. I mean, I’ll still have the people that I’ve known for years like my 2 girlfriends and J… But it’s the day-to-day friends that I’ll be needing… And so will my current close friends at their colleges.
So I guess I just have to stay open to the bonds I have now as well as the potential ones… And just be prepared for growth in both fields.
xoxo,
Steph